How Smells Can Boost Your Productivity Smell is one of the most potent of our senses. Smells can be linked to feelings and memories. Has a particular smell ever stirred a memory in your head? Perhaps it’s the smell of a perfume from a loved one, or a particular food reminds you of a restaurant or location. I regularly use an oil diffuser in the office. Yes, it creates a nice atmosphere, and makes the office smell nice, but it also has a positive affect on the people in the office, and their work.

We always get comments on how nice our office smells.

Aromatherapy has been around since ancient times. In Ancient China and Egypt, they used oils and aromas in balms. It was believed to improve the taste of food; it symbolized wealth and was used as a currency.

During the outbreak of the plague, doctors would stuff the noses of those beaked masks with herbs as they believed that they would be protected from the plague by the strong aromas from the herbs.

Many essential oils have been used in both medicine and in holistic medicine. We all know about the effect of lavender and how it can help with sleep, and Eucalyptus can help with blocked noses and breathing. Some smells can be uplifting and invigorating. Citrus smells such as lemon, peppermint and grapefruit can create a positive atmosphere in the office and people can feel energized and upbeat. In the office we regularly use a diffuser and essential oils to create a positive and productive working environment. But it’s important to use the right ones at the right times. You don’t want to be using lavender or chamomile first thing in the morning, people will still be sleepy!

Studies have shown that peppermint can increase mental accuracy, and rosemary can boost both mood and performance. So, for the mornings, or the post lunch slump, consider using uplifting and mood boosting smells, such as lemon, orange, mint and rosemary. If it has been a particularly stressful few days in the run up to a deadline, consider using the relaxing oils afterwards to bring back a level of calm, such as lavender, ylang ylang and jasmine. Do remember to discuss with any other colleagues in your office. What smells uplifting to you, might be nauseating to a colleague. Make sure you talk with everyone before you start filling the office with aromas.

The best way to diffuse aroma in an office is an electric air diffuser. You can switch it on and off, and it gives off a steady stream of smell. You can have a reed diffuser for the oil, but that’s always on, it could become overpowering.

And once you’re feeling more confident about aromatherapy, why not begin mixing up the smells, create your own optimal office smell. Do any of you use aromatherapy in your offices? Which smells do you use? And does it improve the mood in your office? Try it and see. 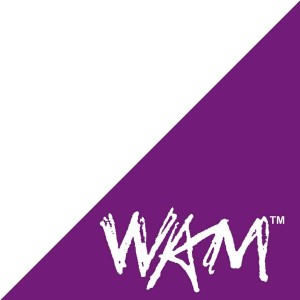 I often think that being in business is a bit like watching ducks swimming in a pond. To the outside world, you see the duck gliding across the water with apparently no effort happening. The reality, however, is much different, underneath the water away from what you can see from the outside, the duck is paddling for dear life.